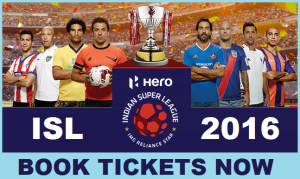 Hero Indian super league was started in October 2014. The league is co-promoted by IMG – Reliance and Star India and the league is supported by AIFF. Like the previous two season this year also total 8 teams will participate in this league.

You may have missed